GivePulse understands that COVID-19 is impacting our communities. See our latest resources to stay safe and organize events.

The Morehouse Debate Team was initially established in 1903 as a literary society, and has participated in intercollegiate debate since 1906. Over the next century and more, Morehouse College Debate has played an often overlooked but critical role in the academic culture at the college. It has also served as an intellectual sharpening block for some of world's most influential and brightest thinkers.

The debate team truly began to grow and expand under the tutelage of then-Mathematics professor Benjamin Elijah Mays in 1921, who was recruited from the University of Chicago by John Hope, Morehouse's first African-American president. Mays' efforts as a debate coach turned the team into an organization that exemplified the school's emphasis on oration, composition, and argumentation as skills to be mastered by all students. Mays also had a very immediate and early impact on perhaps Morehouse's most famous team partners to date: Howard Thurman and James Nabrit. Thurman went on to become a renowned theologian and civil rights activist who was one of the first to talk with Mohandas Gandhi to discuss Non-Violent Direct Action. Nabrit would become an Ambassador for the United Nations, and a critical legal member in the NAACP legal in the Brown vs. Board decision in 1954. The two were of course very successful during their tenure at Morehouse, winning several debate competitions.

Mays would leave the team shortly, only to return as Morehouse President in 1940. Meanwhile, Morehouse Debate would continue to break racial barriers as one of the nation's only teams from a historically black college. The team competed victoriously against other storied debate programs such as Amherst, Columbia, Princeton, Harvard University, Oxford Union, and Bates College. The debate team also continued to serve as a training ground for some of Morehouse College's most famous alumni, including Dr. Martin Luther King, Jr.,and continued to be coached by other legendary figures, such as scientist and civil rights historian Robert Brisbane and activist Brailsford Brazeal.

The Morehouse Debate Team is driven by the belief that debate is not merely a competitive activity, but rather a responsibility citizens should dutifully undertake as part of being civically engaged and active members of society. The team has been at the heart of the framework that creates and promotes the values of Morehouse for over a century, and will continue to do so for many more years.

Currently the team competes and has won numerous titles on both the National Parliamentary Debate Association (NPDA) and British Parliamentary (BP), or Worlds, debate circuits. 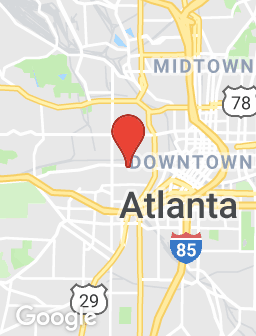